Added 4 weeks ago by
26 Views
We, the crew of MT Heroic Idun would like to request for help and assistance to get us released and be brought back to India from Equatorial Guinea where we have been held unlawfully since 14th August 2022.

The vessel has a crew of 26 persons; out of that we have 16 Indians, 8 Sri Lankans, 1 Polish and 1 Filipino national onboard.

On 12th August, the ship was arrested by Equatorial Guinea naval vessel from International Waters and brought to Luba Port on 14th August 2022.

15 crew members were taken ashore on the same day consisting of 9 Indians and have been held in detention at Malabo till today. 11 crew members were left on the ship out of which are 6 Indian nationals. The Owners, Managers and crew of the vessel have fully cooperated with all the investigations carried out by the Equatorial Guinea authorities. The crew ashore were even interrogated by Nigerian officials 3 times during our stay here.

On 28th September 2022, the crew ashore in Malabo were presented with a resolution stating the offences committed and the fine to be paid for the same. To facilitate an early release of the crew from captivity fearing serious health concerns the owners of the vessel immediately paid the fine within a week and same has been confirmed received by the Equatorial Guinea authorities.

However, post that no information has been provided to us, the crew and ship are still held in Equatorial Guinea under arrest till date.

Below are details of the Managers.

Govt of India – PMO office, MEA, DG Shipping have been informed about the same. MADAD Registration No: EQ1SFI108949122.

Today 04th Nov 2022 We have received instructions from agent that the ship and crew are being handed over to Nigerian Navy for further investigation and Penalty.

We require your assistance to reach out to the authorities and come back home. 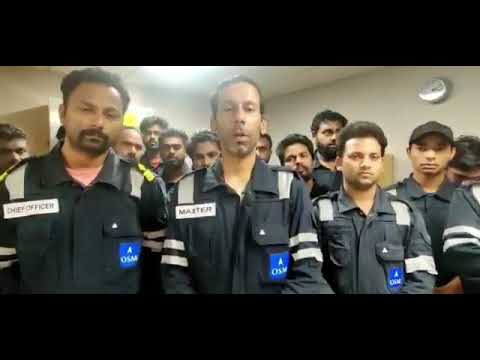 We, the crew of MT Heroic Idun would like to request for help and assistance to get us released and be brought back to India from Equatorial Guinea wh...